Recently I have run into situations where my MacBook Pro has taken far too long to build the lights on my UDK scene. For anyone who uses UDK, you may have seen that Swarm, Unreal’s lightmap processing tool for Lightmass, has the ability to distribute its workload across a network to other computers. When my build times got up to an hour for a preview, I decided to do some research on how to use the rest of the machines in my house to help decrease my lighting build times. However, in looking for tutorials on how to setup a swarm system came up with some confusing spots and scattered information. So here now is my own tutorial on how to setup Swarm to distribute work across the other computers in your network. 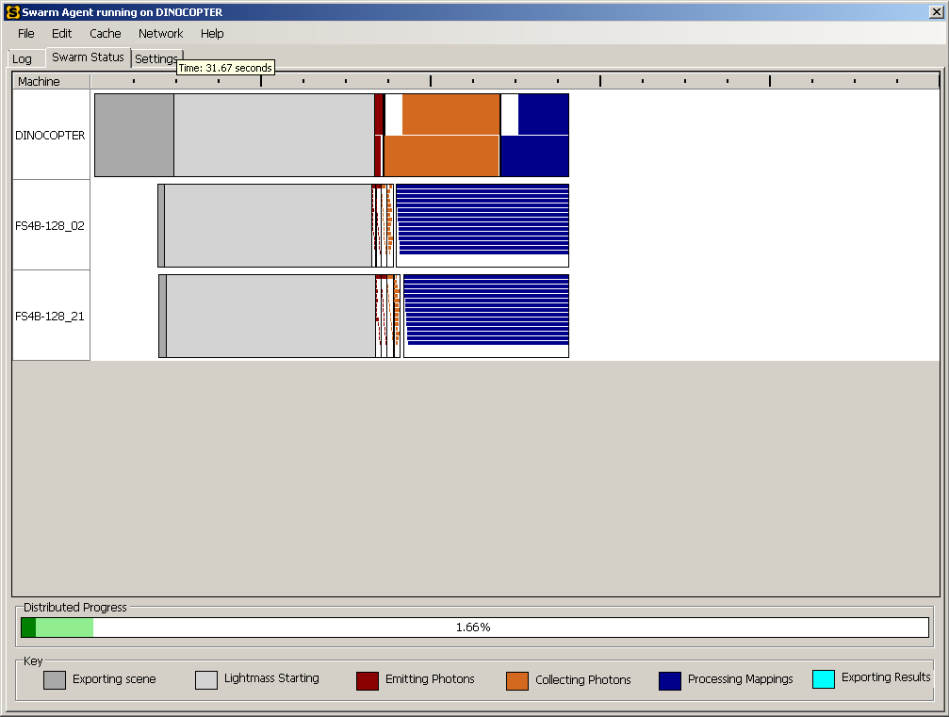 First and foremost, make sure the UDK is installed on all the machines you want to use in your Swarm network. Next, pick one machine (I use the least powerful machine I have) to act as the Swarm Coordinator, which will be the centralized hub of how information gets transferred across the network. Open up your UDK folder and navigate to binaries. There you will see the following: 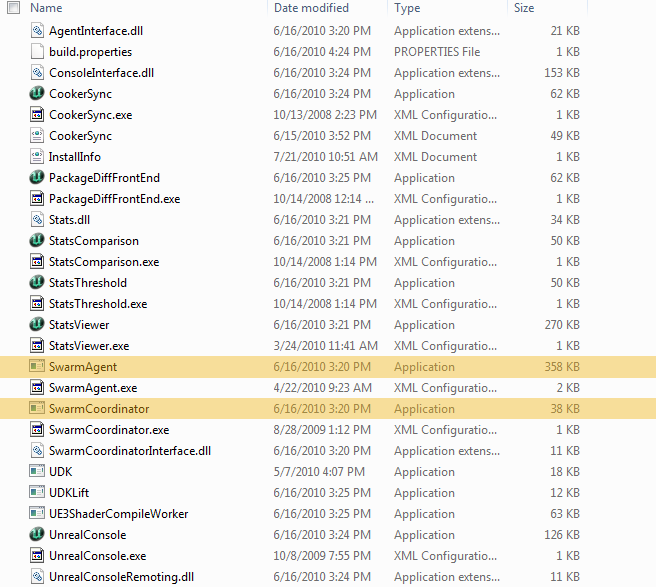 First, Launch SwarmCoordinator.exe. This is a simple program that shows you which computers are connected to your network that can be used for lightmap processing.

The Coordinator only has three buttons: Restart QA agents, Restart All Agents (Swarm agents on other machines) and Restart Coordinator (which clears the list of connected agents from the list so they can re-connect). Right now there is nothing connected to the computer, which is OK for now. The important thing with Swarm Coordinator is that the program should be left running for as long as your going to do your rendering. Now, lets setup Swarm Agents to connect to the coordinator. In the same binaries folder as the SwarmCoordinator.exe, launch SwarmAgent.exe. 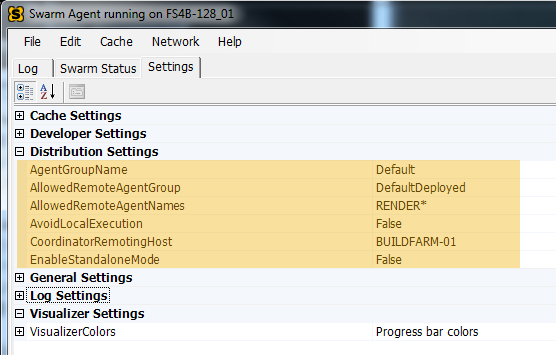 In the settings tab, you will notice a section called Distributed Settings. Here is a quick breakdown on what everything does:

AgentGroupName: This is the group that this agent belongs to. Other agents with this name will be used when the coordinator distributes the workload. It can be left as Default.

AllowRemoteAgentGroup: This setting determines the group of agents that this agent can use when it processes information across the network. Agent groups can be set with the above AgentGroupName. Since we want to use the group of agents we’ve specified, change the value from DefaultDeployed to Default.

AllowRemoteAgentNames: This setting is a way to specify within the group of agents we are using which in particular we would like to use. These are the computer names, and can be separated with a ‘ ; ‘ if you wish to use multiples. However, I like to use all the power I can get, so we can specify a wild card or part or all of a name in a group using a ‘ * ‘. Using * on its own will use all names in a group. Replace the default setting of RENDER* with *.

AvoidLocalExecution: This bypasses the agent that executed the job from being used for processing the lightmap information. This can be handy if you want to use your computers capabilities for other tasks while it renders the job on the other machines on the network. This only works if the machine that launches the job has this parameter set. I keep this set to False.

CoordinatorRemotingHost: This parameter is the most important. This tells swarm where to find the computer using Swarm Coordinator. This can be entered in in the form on a computer name (case sensitive) or an ip address. For a home network, I tend to lean toward computers names.

EnableStandaloneMode: This setting will omit using any of the other agents and render only using your machine. This is  quick way to return to the default way that swarm processes lightmaps. I keep it set to False.

So, knowing all of this, I change my settings to the following. For this example, I’m using an IP address over a computer name. 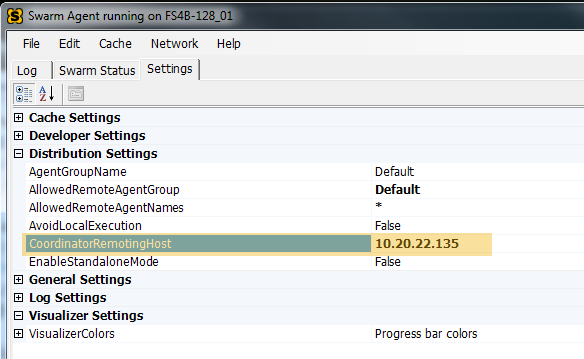 As I do this for each computer, the swarm coordinator will begin to populate with the users.

And thats pretty much it. Now when you build lights, the Swarm Coordinator will dictate how the job is spread out across the network.  None of the other agents will have the colored bar in the Swarm Status tab, but their process can be monitored in the Log tab.

You can find your IP address quickly by opening command prompt (start -> search ->cmd) and typing ipconfig. You’ll want the number in the IPV4 address. 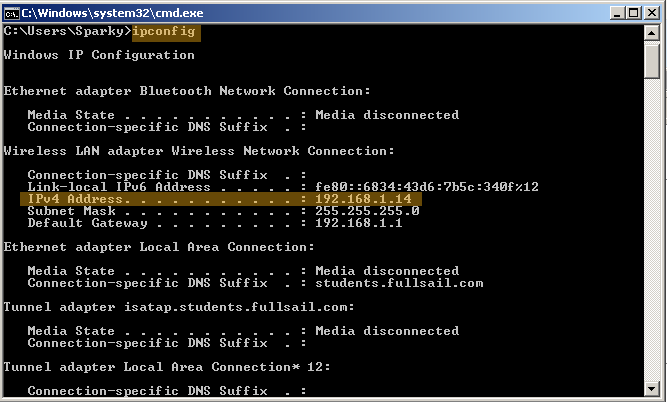 Right click the My Computer icon and go to properties. The computer’s name is listed halfway down under computer name, domain and workgroup settings. 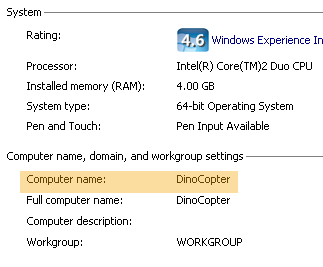 The developer menu allows you to control the job performance of Swarm and various other debugging settings. To enable the developer settings tap, go to DeveloperSettings -> ShowDeveloperMenu -> True.   A new tab called Developer Settings.

In this menu, you can tweak the way in which Swarm will use the idle parts of your machine. If your taking over co-workers or siblings computers, you can use these settings so when a job is deployed, it doesn’t affect their use of the machine.  Likewise, you can also set the remote job to use more of the computers resources by setting RemoteJobDefaultProcessPriority from Idle to Above Normal.

This entry was posted on August 24, 2010 by Sparky. It was filed under Blogs, Tutorials .