A few weeks ago, version 2.0 of Doom64 Ex was released; a project that reversed engineered the doom 64 rom file into a playable pc game. With this release came for the first time a stable level editor to make custom maps with. Being a hardcore doom fan, I couldn’t pass up an opportunity to tinker with another version of the doom engine.  After three weeks, here is what i was able to produce with little more than a level editor and a tech bible:

If you’ve never edited the doom engine before, you edit sectors from a top down view, setting a only  floor and a ceiling height. The engine isn’t a full 3d engine, so there is no real way to make floating 3d geometry. Because this was a return to a simpler time in map making, i decided to just play with things i could draw on the grid. 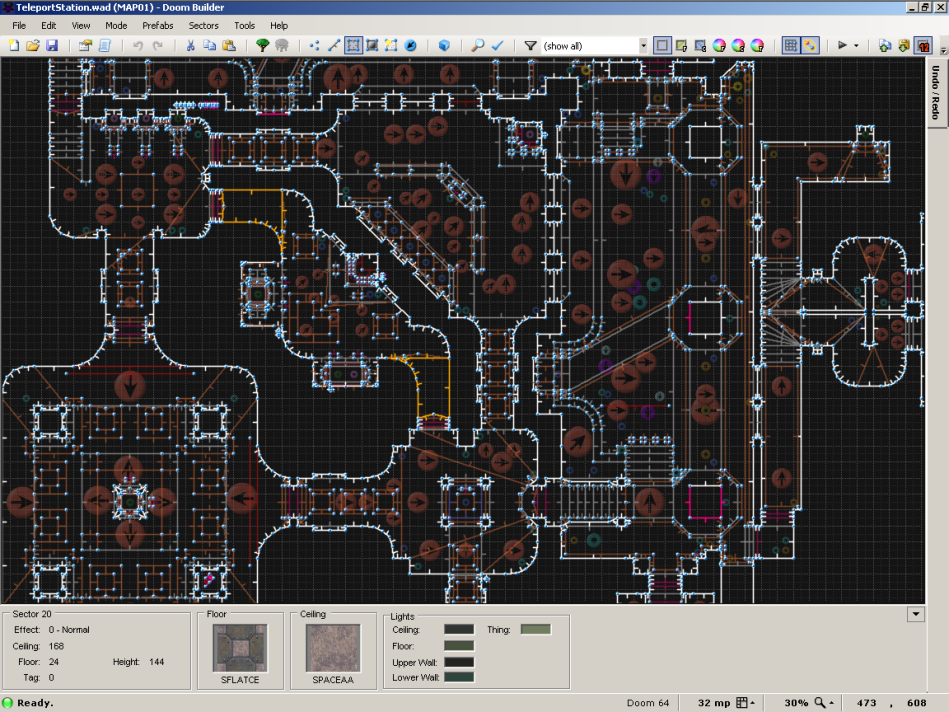 Eventually i put together a few rooms with different teleporters in them and built the rest of the map around that. I liked the idea of the teleporters being used in a puzzle because it allowed the space to become re-usable instead of linear. The concept of reusable space then became the theme of the map.  I could use the scripting system to make the map behave differently depending on where you had been before. Using what i have learned from my 3d modeling pipeline, i built a functional prototype of the map first of the main puzzle and added combat situations after. Finally, the map was lit with the lighting system that is unique to this doom engine.

Initially I was drawn to editing Doom 64 because I was interested in the engines lighting system. The way this engine does its lighting is a 101 in color theory. Instead of using point lighting like modern engines, Doom 64 used sector based lighting to define the colors of an area. Each sector has a ceiling, top wall, bottom wall, floor and thing color that must be set for every sector. There was no overall lighting intensity: shadows and lights had to be created using brighter and darker colors to create the illusion of lighting intensity. 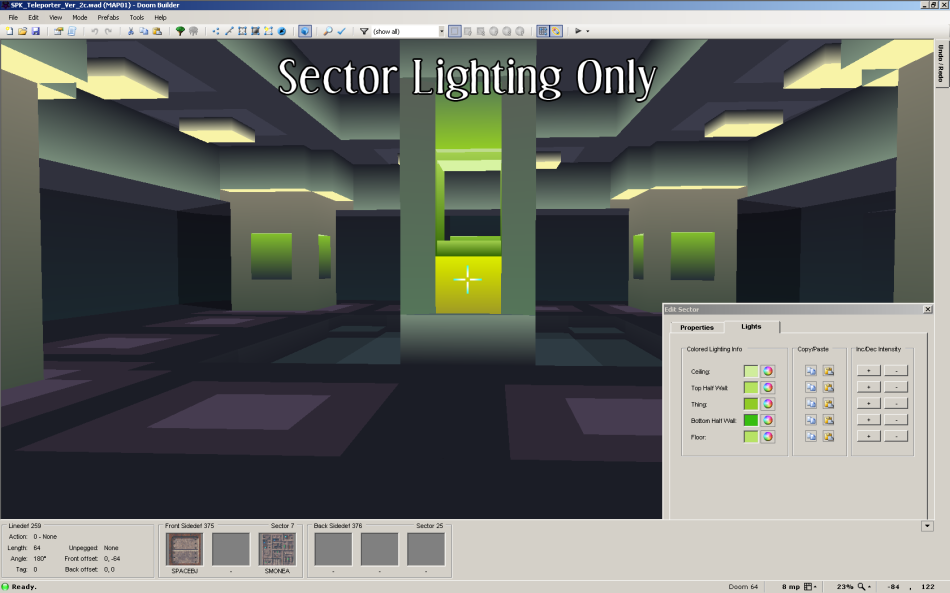 So this is where the color theory comes into play. The textures are all very grey and bland 64 x 64 patches that required good color use to make the spaces look interesting.  Adobe Kuler proved to be an incredible tool for getting good color bases to start building moods. The scripting for this engine is also really interesting. Doom 64 uses a system called Macros which is the ability to stack multiple pre-defined line functions into a series of instructions that can execute on various conditions. These can be used to alter a sectors lighting, move things around or more creatively, copy line properties (which can also have macros embedded in them) between various sectors. 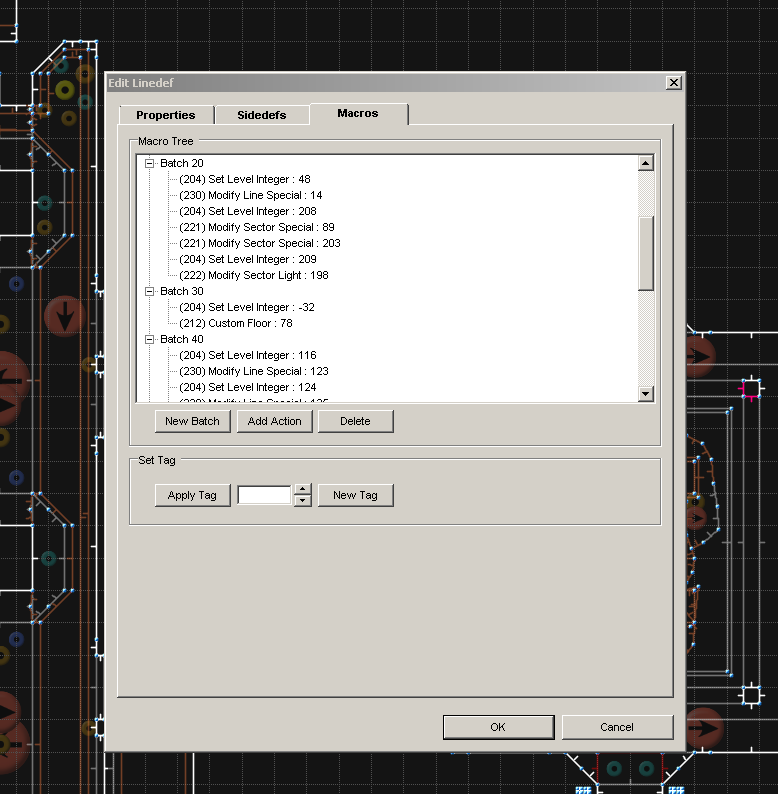 While this is definitely limited, I found that i could manipulate a level that at its start has no enemies present to build an ever-changing map that has different combat scenerios at different points in the level.

Overall, I found this project to be a good base builder for pure gameplay. Its also really cool there is still a community of people who keep the doom community alive with tools that allow for new content to be created. I really can’t stress enough how awesome the level editor is, so I’ve included a few screenshots from its 3d editing mode: All in all it was a really fun expierence and a footnote in an idea I now have to carry my level design further into creating assets that are used in a modern engine.